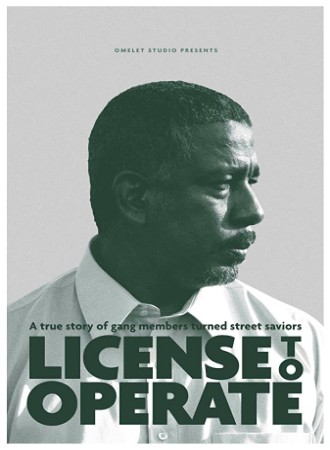 This is a raw and devastating documentary on how a group of former violent gang members from the streets of Los Angeles collaborate with the Los Angeles Police Department to bring an end to the continued gang violence permeating many Black and Hispanic communities in the Los Angeles area. We often hear the phrase “a safe place to live” and many of us take that for granted since we do for the most part, live in such a space.

As this documentary illustrates, many do not. The reformed Los Angeles gang members shown in this searing documentary use their street gang credentials to intervene in the gang violence shown throughout this film. They counsel families devastated by the violence, patrol the same streets they themselves once ruled as gang members and build—however grudgingly—working alliances with police officers for violence prevention. One former gang member tells the group at a meeting, "I was never a bad person, but when it came to being a banger, I was the best." The weapons depicted are real; the people, young and old are real; their pain, anger, rage and hurt is real as well.

There is a lot of pain throughout this film; the viewer sees these former gang members whose early experiences was giving pain to their victims but more importantly to themselves. Their “A-ha moment” comes when OMG, what have I done with my life? How do I (we) fix this? And while they have hurt many people, redemption is possible in what they are doing.

License to Operate shows many of our communities across America that are in crisis and at the same time illustrates how some of the same people who were part of the problem have come back to show that “Lives DO Matter.” More importantly that it takes an entire community, no matter their race, creed or station in life to initiate positive change. This film also illustrates how the community involvement facet of a police officer's duties often gets overlooked. The pain is evident but at the same time this film shows how a police department and former gang members cooperate and collaborate to help create a better rapport between law enforcement and citizens to stop gang violence.