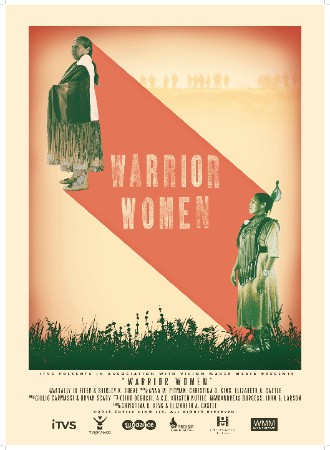 Warrior Women depicts the life of Lakota activist and community organizer Madonna Thunder Hawk, and her daughter, Marcy Gilbert, fighting for Indigenous and women's rights now covering over 50 years. Madonna Thunder Hawke and several other Native American women give an enlightening perspective of the perceived “Indian problem” during the heyday of the 1960’s and 1970’s ‘Native American’ civil rights struggle. The film follows their fight to challenge the South Dakota political and economic machines of the day to grab Native American land. At the same time, they are also teaching and re-educating their Native American children and peers on the real racial discord Native Americans have experienced at the hands of the political, economic, and social machines that initiated a legislated genocide of the Native American in South Dakota.

They are mothers, sisters, daughters, and wives. But above all else, these women are deeply rooted in their communities. All across time, and all around the globe, they are brandishing words of unique wisdom, and practical beliefs; they have fought battles in our U.S. Court system and faced off with large corporations attempting to take their lands to drill for oil, looking for precious metals and drilling pipe lines for the expansion of gas deliveries across the country. These awe-inspiring female fighters have each made an indelible mark on Native American history. The “Red Power Movement”, like the Civil Rights Movement will change our understanding of what it means to be a Native American in American society then and now. This film illustrates the real truth around the so-called “Indian problem “and what a group of people did to bring that truth into the light.