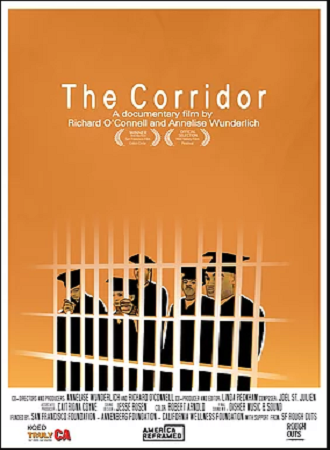 When the San Francisco County Jail launched its Five Keys Charter School, it was more than an experiment. It has become a model for restorative justice.

The Corridor takes viewers down the halls of this unique learning environment – the first high school in the nation built inside an adult jail – and explores the enormous effort required to make it work. Inmates there who do not hold a high school diploma are automatically enrolled. They participate in a holistic learning experience designed to prepare them for re-entry into society – essential academic subjects alongside vocational training and group counseling. This educational approach has translated into lower recidivism and inspired correctional facilities throughout the country to make charter high schools a centerpiece of their rehabilitation programming.

Beyond detailing the school’s operation, The Corridor effectively captures the human impact of educating the imprisoned. From multiple vantage points – students, teachers, and correctional officers – the film probes the root causes of incarceration and their unrelenting grip. It profiles those who triumph as well as those who relapse.

Highly recommended for all libraries, The Corridor is an excellent resource for courses in education, criminal justice, and sociology.