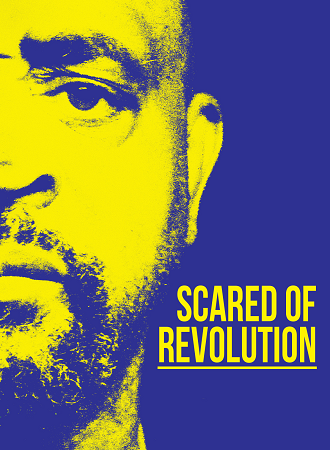 Scared of Revolution is a documentary that follows the redemptive later years of Umar Bin Hassan, an early member of a New York City African American poetry collective called The Last Poets. The Last Poets and Hassan himself are credited as early influences on what comes to be known as hip hop and rap, having released a number of popular poetry albums in the seventies.

The documentary touches lightly on that influence and has the poetry of Bin Hussan underscoring the film. It seems, though, that poetry and music are not the point of the piece. Instead it is a film about Hassan in his later life revisiting the landmarks of his own life, making amends to the family he has neglected or hurt due to drug abuse and absenteeism. It is a compelling, personal journey to watch unfold, uncomfortable in its honesty at times, and one learns more about redemption and humanity than poetry.