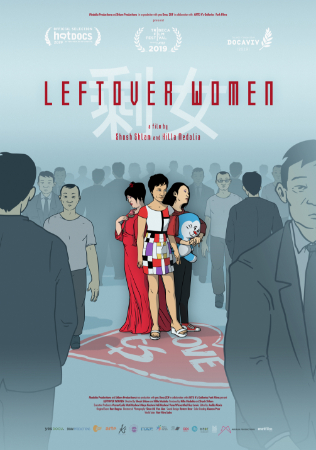 In this documentary, viewers learn the overbearing societal burden many women in China face to get married. As they exit their 20s and enter their 30s, unmarried young women in China are often labeled, “leftover women.” The subject matter may come as a shock to Western audiences unfamiliar with the phenomenon and would therefore be a thought-provoking discussion piece for college-level courses. Almost in spite of the hypothetical man in question and almost as if another person is not involved, the young women are questioned, advised, and verbally prodded by their families to find “a match.” As we follow three young women, a lawyer, a radio show host, and a college professor, we quickly learn that finding a match is no easy task. Matching a couple is not primarily a matter of the heart, but more a matter of finding a man that checks enough boxes.

Generally, the women seem to accept that the label is a fact of life in their culture. However, viewers watch as they push back against the social pressures their families and society try to place on them, which seems to reflect changing attitudes toward gender roles and marriage in China. Particularly for such independent and accomplished women, the external stressors the subjects face to find husbands will likely seem incredulous to Western viewers. The film is very effective in exploring many aspects of this issue including the social, psychological, and emotional toll it has on the women. Audiences will learn about Chinese professional matchmaking services, government sponsored dating events, and matching events organized by families.

Leftover Women would be an excellent addition to college-level Women and Gender Studies, Asian Studies, as well as other cultural studies courses. The language spoken throughout the film is Mandarin, with English subtitles.