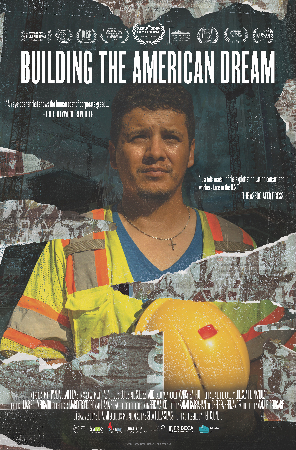 A moving portrait of dangerous labor conditions within the Texas construction trades. In this effective debut effort by director Chelsea Hernandez, the film personalizes three case studies by introducing the viewer to Claudia and Alex, electricians in Dallas, stiffed by their employer for thousands of dollars in back wages and coping with a hovering threat of U.S. deportation by U.S Immigration and Customs Enforcement. There is also Cristian, workplace safety monitor and beneficiary of America’s Deferred Action for Childhood Arrivals (DACA) policy, mourning a father who has fallen to his death on the job. The Granillos strive to overcome the loss of their son on the job when heat exhaustion ignored by supervisors leads to organ failure and a life snuffed out too soon. Crisp cinematography by Erik Mauck brings us into the lives of families who dangle under threat of an unregulated commerce, credited for a booming economy in one respect and collateral damage in another.

Jasmine Granillo’s perspective on the untimely loss of a brother may be the most impactful element here, from sequential pledges of allegiance to two flags in her morning schoolroom, through to her testimony at a national conference on workers safety and health in Washington DC. While not a scholarly policy analysis of labor activism or politics of immigration, the content is an adept interweaving of both the data on these problems and devastation in the lived experience of everyday workers. A few segments seem too clipped. As the Granillos petition the Dallas City Council for mandated 10-minute work breaks for every 4 hours of labor, there is a desire for more probing into the rationale for those many elected officials who insist on voting no. This ethnography of jobs and immigrant communities invites us to reconsider upon whose backs prosperity is constructed, and how political concepts of rights become distorted when filtered through the economics of real estate development. Building the American Dream is recommended viewing for those interested in labor studies, immigration, community organizing, Texas politics, or the sociology of the workplace.