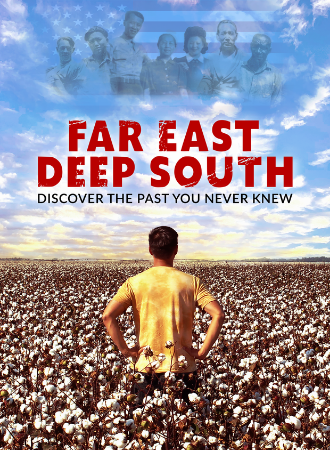 Far East Deep South reveals the seldom explored history of Chinese immigrants in the American south. The film follows Charles Chiu and his family as they begin to unravel their complicated past in rural Mississippi. The family learns about how racism affected their family and how Chinese immigrants were an integral part of many southern communities.

Charles Chiu was always reluctant to talk about his past and especially the father he never knew. He spent his early years in China with his mother while his father, grandfather and grandmother lived and worked in Cleveland, Mississippi. After receiving word that his father had passed away Charles and his mother immigrated to the United States and settled in California. Charles grew up, served in the military and raised a family but never tried to learn more about his father’s life in Mississippi. As his sons grew older and had children of their own, they begin asking questions about their family history and finally convince Charles to travel to Mississippi in search of his father and grandfather’s gravesite.

What started as a trip with a fairly straightforward mission turned into much more. Through the film Charles and his family learn more about the history of their family through the pictures and stories from people who knew them. They learn how policies like the Chinese Exclusion Act prevented Charles’ father, K.C. Lou, from bringing his family with him to the United States. They learn how racism affected and restricted his everyday life. They also learned that K.C. Lou and other Chinese immigrants became an important part of many southern towns especially in Black communities.

Directed by Larissa Lam and produced by Baldwin Chiu, Charles’ daughter-in-law and son, the filmmakers are able to perfectly capture intimate family moments in a way that is captivating and natural. Footage of the family is interspersed with interviews with archivists, historians, activists and other community members which builds context for the Chiu's journey. The relatively short-runtime and engaging pacing make this a good film for general audiences but especially good for high school and college classroom use. The film provides a solid introduction on the history of Asian American & Pacific Islander racism and the lasting, generational harm it has and continues to cause. To paraphrase Baldwin Chiu in the film, “I took U.S. History in high school, but I never learned about this”. This film is highly recommended for academic and public collections.