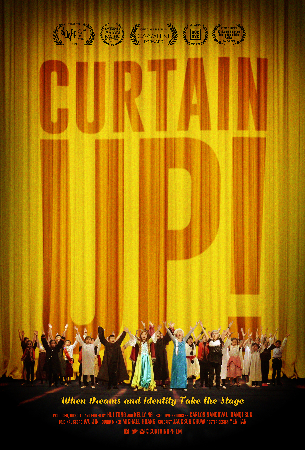 In this documentary, Directors Ng and Tong observe the lives of a group of elementary school kids who attend Public School 124, the Yung Wing School, in New York City’s Chinatown as they work on a children’s production of “Frozen the Musical.” The documentary follows the children from the try outs for the musical in the fall through opening night in the spring. The journey highlights moments in the children’s’ lives including their self-doubts, familial pressures, questions about identity, and transitions to middle school. The documented moments are full of humorous candor and insights that only elementary-aged children can provide.

The film illustrates benefit of theatre programs in public schools by capturing the students’ personal growth. Being a part of the theatre club allows the children to gain self-confidence and inspires them to think about creative pathways for their futures. One of the students notes that she would have probably just thought about becoming an engineer if not for her experiences in theatre club, as she now wants to consider acting as a potential career avenue. Aside from this, the film hones in on the realities faced by Asian Americans with special attention given stereotypes they are faced with, particularly in the arts. The children often mention fact that their acting opportunities may be limited because of their race. While not the sole intent of the film, it’s commentary on racism provides mindful viewers a deeper message to reflect on.

There is plenty of depth to this whimsical documentary and it creates opportunities for discussion about the role of arts in education and disparities faced by marginalized communities. In addition to general viewing, the film would be useful in supporting the curriculum of education and diversity programs. These reasons make it a great addition to library collections.