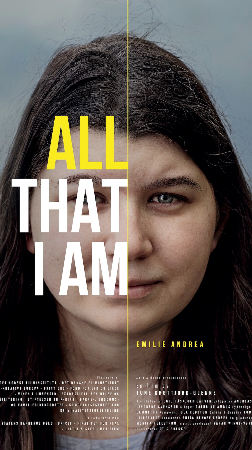 All That I Am is a powerful and deeply personal account of recovery from childhood sexual abuse. The film begins as Emilie, 18, reconnects with her family following removal from the home due to years of sexual abuse inflicted by her stepfather. The film provides excellent examples of PTSD and the difficult recovery process of such repeated trauma. Initially, it appears as though Emilie has an ideal support system to help her manage and become more independent in this new chapter in her life. However, similar to the United States, we’re quickly shown how the Norwegian legal process can make it difficult for abuse survivors to feel safe in the courtroom and after a criminal conviction. The film also follows Emilie as she works with social workers to create a plan to pursue work, school, and living on her own. We watch as Emilie clearly experiences mixed emotions, feeling both excited about her future and anxious about interacting with new people.

The film features many close-up shots of Emilie, which allows viewers to study her emotions as she braves through difficult conversations. Interestingly, no interviews or commentary are included in this film, which also adds to this intimate telling of Emilie’s story. Just as Emilie takes control of her narrative, by disclosing her experience to her younger siblings for the first time, the film ends in a quiet, yet triumphant tone.

Due to the discussion of childhood sexual trauma, this film would be most appropriate for adult audiences. In the classroom, this film would be ideal for any courses designed to discuss sexual abuse, post-traumatic stress disorder, trauma recovery, and social services that support victims of abuse. It should be noted that Norwegian is spoken throughout the film, however, English subtitles are available.