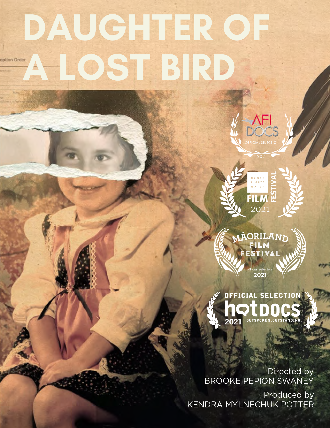 The documentary Daughter of a Lost Bird tells the story of how Kendra, who was adopted, seeks out her family history in the Lummi Nation. She speaks of growing up "white" and the experience of being raised outside the culture. Here she connects to her birth mother (who is Native) as an adult starting her own family. Lost birds refer to children with no record of adoption. This affects many in the tribe. Names were also changed on birth certificates making it difficult to trace ancestry. It is healing to come back to the tribe and complex when you see how churches and the government encouraged assimilation with things like the Indian Adoption Project. This film offers an intimate look at how adoption affects Kendra and helps us understand the hardship of cultural genocide.