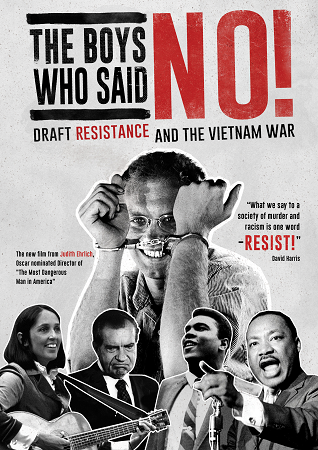 The Boys Who Said NO!: Draft Resistance and The Vietnam War 2021

The Boys Who Said NO! uses the stories of select draft resistance activists to tell a broader story about the overall efficacy of organizing and non-violence. It is very effective at this task, pairing emotionally evocative moments from the interviewees with stirring historical footage to methodically build a case for the effectiveness of these tactics in contrast to militant violence.