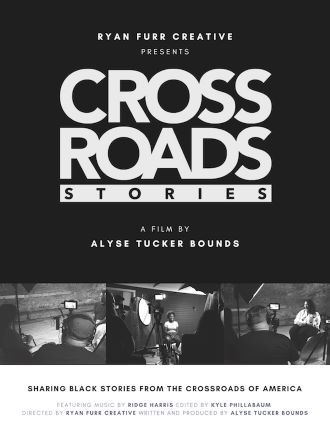 Crossroads Stories, a Heartland International Film Festival Audience Choice Awards nominee, is set in the town of Columbus, Indiana and discusses how it feels to be an African American living and working in an almost exclusively white community. Furr and Bounds fill the majority of the 40-minute mini-documentary with interviews from Black Americans who currently or previously lived in Columbus. They detail varying degrees of racism both implicit and explicit. The interviewees hail from a variety of professional and educational backgrounds, from Aerospace engineers, welders and pastors to students and educators in the community. However, the unifying thread between the participants are that they are men and women of color and live in Columbus, a predominantly Caucasian, community.

The participants state that although Columbus is marketed as a ‘diverse’ and accepting community, that there are, even today, significant racial tensions that have yet to dissipate. They note that there are pockets of racism dotting the town and being ‘aware of one’s blackness’ happens early in a person of color’s life.

The interviewees explain their struggles with their cultural identities and how that identity separates them from the dominant culture in Columbus. They describe it as akin to ‘living between two worlds’ and in a more extreme example, as ‘living versus surviving.’ Professors of communication studies, sociology, psychology, and Black-White relations in the Midwest, would find multiple avenues of discussion. Courses featuring code-switching, current and previous black-white relationships in America, implicit bias, white allyship and microaggressions would be an appropriate companion to Crossroads Stories.

Although the film included interesting and insightful commentary, there was a rather abrupt scene change as the viewer watched the last third, or so, of the film. The creators moved from poignant, one-on-one interviews, sprinkled with quotes and images from Columbus, Indiana and various scenes of the Civil Rights Movement to racial injustice groups and watchdogs. The audience briefly learns about the goals of these groups and how they have supported African American rights in the United States. This section felt too brief and abrupt to seamlessly fit in with the previous flow of the film. These transitions did not cause a significant change in comprehension, however, their purpose was not immediately apparent due, in large part, to their brevity.