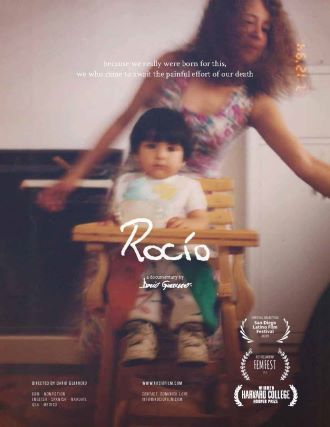 Rocío is the story of Dario Guerrero, a DACA and Harvard film student, and his terminally ill mother. The audience travels with Guerrero and his family as they trek from their home in Los Angeles to various traditional and non-traditional physicians and healers. The audience is given a first-hand look at the impact this disease has had on Guerrero’s immediate family, including his adolescent siblings, aunts, uncles and grandparents.

The documentary begins with a news story detailing how Guerrero returned to his childhood home in Los Angeles to care for his ailing mother. After trying and failing various holistic and spiritual remedies at an alternative medicine center in Tijuana, Mexico, Guerrero, who accompanied his mother and grandparents, was then barred from returning to the United States.

Unfortunately, the film spent minimal time focusing on the immigration policies and laws that contributed to his new status. Including more supplemental material related to his undocumented status such as: interviews with his legal team, Harvard administration or the various federal and state immigration agencies, could have created a poignant, yet interesting break from the deteriorating health of Rocío. These interviews could have also added a new dimension to the film and the audience’s understanding of immigration law and DACA statuses.

Although the documentary spanned decades of footage, the abrupt transitions in both time and location, made it rather difficult to understand what exactly was occurring in the family and where in time Guerrero and his mother were.

The film would be appropriate for academic courses relating to immigrant law, death and dying, family responses to the critically ill as well as holistic vs traditional medicine.