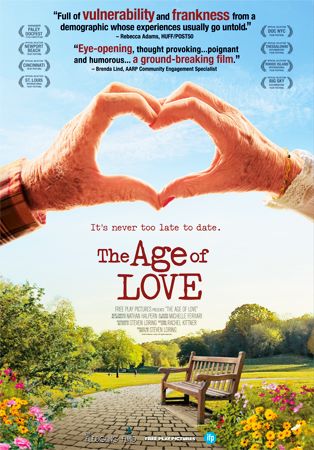 The Age of Loveis a delightful and unique feature-length documentary about finding love from the perspective of senior citizens. The opening plays like a reality television show whereas 30 divorcees/widowers discuss their past love and relationship and are now hoping to start anew in their twilight years. The documentary revolves around a speed dating event for people 70 to 90 years young in Rochester, New York, the first of its kind. Prior to and during the event, director Steven Loring spends time with the participants filming and interviewing them to learn about their motivations for dating, as well as their endgame from participating in a speed dating event. Loring expertly interviews the participants with intimate questions which reveals that dating in the 70s and 90s isn’t that fundamentally different than how the dating scene works for people in their 20s and 30s. Each subject is ultimately looking for the same thing whether it be companionship, friendship, and/or love. Most of the participants are looking for a human connection, a sense of belonging, as an alternative to living in senior citizen homes where most are forgotten. These senior citizens are beautiful, energetic and raring to go! It’s an image rarely captured on film.

Although some of the participants question their aging looks and health, the film manages to deconstruct assumptions about life in later years and reveals that while bodies may change shapes, desires do not. One cannot overlook that these participants grew up during the 1940s and 1950s where male and female roles are distinctly defined by gender roles in society—primarily, women are housewives and men are the breadwinners. However, in today’s society, gender roles are a blur as more women become adventurous and confident to do as they please which is not always an appealing characteristic to those men who hold sacred the old way of life.

In closing, many of the subjects are seeking fulfillment in their lives and exploring the world and themselves more completely. The film’s soundtrack does a phenomenal job of matching the music to the emotional state and personality of its senior participants as they face hope, rejection, and excitement. Ultimately The Age of Love is a good watch for all ages but could be especially beneficial to college students interested in studying contemporary issues with aging, and gerontology.