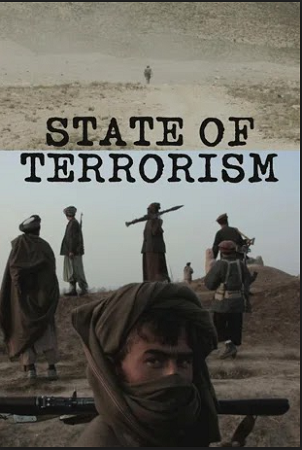 The two-part documentary, State of Terrorism by Ilan Ziv, is an intense and often depressing look at the War on Terror that began after 9/11. It uses historical footage and some animation but primarily involves interviews of the political and military leaders of that time and experts in law, history, and anthropology.

Although the documentaries are largely about the decisions made by the United States to counter terrorism after the 9/11 attacks, it also includes terror attacks in France and Israel. Ilan Ziv’s purpose is to relate what happens when you fight a cultural and ideological war with indistinct borders using 20th Century/WWII war tactics. The growth of terror networks after Al Qaeda suggests that conventional war tactics will not work. However, the decision by the United States to categorize terrorists as illegal enemy combatants and not abide by the Geneva Convention made matters, if possible, worse. The interviewees clearly struggle to come to terms with decisions that were made but also make it clear that no good options exist.

This documentary is suitable for a general audience. It would be helpful in a history or political science college classroom or any course that includes current/controversial discussion. This documentary is also a much-needed update on the topic of terrorism for public and academic library collections.