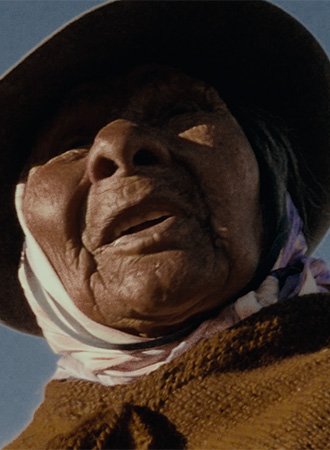 This short film follows Matilde, an Aymara woman, as she herds her alpacas, spins wool, and goes to church. Christianity informs her worldview, but also overlays pre-existing beliefs. The opposition of the Devil seems to particularly resonate with Matilde: the "wicked padlock" resists the key, the "naughty wind" tries to blow away her money, the "evil fox" kills one of her alpacas.

There's also an arresting syncretism on the material level. An ancient way of life is juxtaposed with modern elements like her flat-screen TV, and the truck zooming by on the highway.