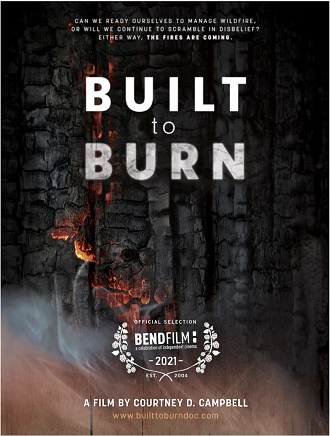 Reviewed by Irina Stanishevskaya, University of Alabama at Birmingham Libraries

The filmmaker, Courtney Campbell, and his crew present a documentary about catastrophic wildfire seasons in Oregon in recent decades. In spite of the fact that wildfires are vital for shaping ecosystems in forested regions, they also may be extremely harmful. Global climate change, hotter temperatures, high wind, and forest fuel accumulations have contributed to the increased frequency, severity, and duration of wildfires. As the result, in Oregon, more than million acres of land, numerous residential homes, community buildings, and business structures were burned, and many people were killed, injured, and/or relocated.

The documentary is divided into several sections: highlights of the region’s disastrous wildfires in 2017 and 2020, fire ecology and history, a problem that began as a solution, science-driven forest policy, the wildland urban interface (WUI), powerlines and wildfire, and the new normal.

Throughout the documentary, the audience is presented with heart breaking stories of wildfire survivors as well short clips of speeches given by Oregon Governor Kate Brown at the PBS news conference in 2020 and President Trump at the National Association of Realtors Expo in 2019.

The documentary can be used for courses and educational programs that study wildfire prevention and control, natural disasters, ecology, and climatic changes risk management. It is well-suited for school, public, and academic library collections.