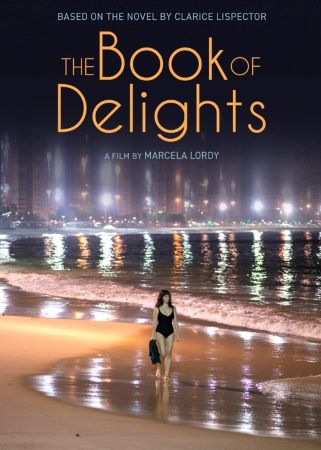 Adapted by director Marcela Lordy from the 1968 novel An Apprenticeship or The Book of Pleasures by Clarice Lispector, this is a character study of Lóri, an elementary school teacher living in Rio de Janeiro. Lóri is named for a mermaid from German mythology and lives in a beach house, but she has never swum in the sea. These are the first of many contradictions and serve as a somewhat heavy-handed metaphor for the film's clichéd but well-executed conflict. Lóri is in her 40s and has moved away from her hometown to finally enjoy a bit of sexual freedom and privacy in an apartment willed to her by her late mother. She wants little to do with her three overbearing brothers and their aging father who voted for Bolsonaro, but she is not completely estranged from them and retains enough nostalgia to be disturbed by the impending sale of their childhood home. Lóri’s newfound freedom doesn’t seem especially fulfilling, and even her brief sexual encounters seem to bleed seamlessly into the other banal travails of her daily life. She hilariously provides herself with group therapy by reading existentialist literature with her 7-year-old students.

Into this situation comes Ulisses, an insufferably arrogant Argentinian philosophy professor who fascinates Lóri even as he pompously justifies his own superficial love life while explaining, perhaps convincingly, why she must allow herself to love more fully. Time and again, Lóri draws closer to Ulisses but spots him with another paramour and retreats from the possibility of experiencing the pain and emotional violence of deep intimacy.

The philosopher Arthur Schopenhauer described a group of porcupines huddling together for warmth but injuring each other with their quills. “Thus the need for society which springs from the emptiness and monotony of men's lives, drives them together; but their many unpleasant and repulsive qualities and insufferable drawbacks once more drive them apart.” About midway through The Book of Delights Ulisses and Lóri discuss their shared love of chicken with blood sauce and the ethics of killing chickens for the sake of a dining experience. Ulisses argues that one must embrace the “gruesomeness” of being human, or else these desires will build into an intolerable craving capable of leading to worse violence. In trying to avoid painful relationships, Lóri has actually made her suffering intense and continual.

These are questions which every adult will likely confront more than once in their lifetime, and there is no correct answer. The film may even come across as a bit quaint in an era when there are so many diverging perspectives as to whether long-term partnership, marriage or even intimacy is truly intrinsic to human nature. However, the acting and cinematography are superb, and Lordy has given us a beautiful illustration of one possible solution for two particular people at one point in time.