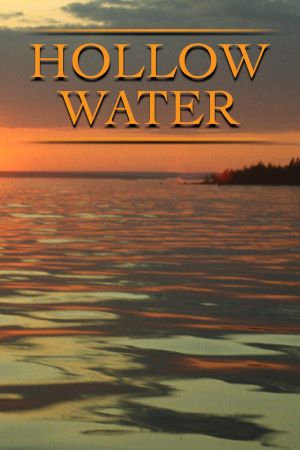 “I did not look at what I was doing to my daughter as sexual abuse. I looked at it as sort of a game since everyone else in the community…. was doing it for so long.”

These are the first words that greet the viewer of Hollow Water. This is a real-life story of a small Ojibway community in Canada near Lake Winnipeg called Hollow Water owning up to a decades old crime of sexual abuse to about two-thirds of its 450 inhabitants. Most of the victims were children; some have grown up to adolescence, and adulthood. Some have married and continued the cycle of abuse with their own. Many of the offenders were brought before the criminal justice system of Manitoba, tried, found guilty and sentenced to jail terms.

Community counselors begin to realize that jail is not a deterrent. Many people are still coming forward with accusations of domestic violence, alcoholism and sexual abuse. The counselors propose to have the defendants come before a healing and sentencing circle within the community that is familiar to their culture and way of life. The reasoning behind this is to have the offender understand the nature of their crime, its impact on the victim, the family and a definitive need to fully realize that their abusive actions were wrong. The cover of denial is exposed and the pain inherent through the acts of abuse are exposed for all to see- but more importantly all of this is done in front of the victim, respected community members, elders, peers and family. The aim is to shift the process of sentencing from punishment to rehabilitation and responsibility. It is suppose to provide a new alternative for courts of incarceration, stimulating an opportunity for real change.

Realizing that the legal system usually arrives with an agenda of punishment and deterrence of the “guilty party” and safety and protection of the victim and community, the community here wants an agenda of accountability of the guilty party to the community, and a restoration of balance to all parties of the victimization. By using this traditional model of justice within their culture, the journey of one family’s torment throughout this documentary is vividly exposed. By expanding the community’s involvement in this process, the healing process is more viable by providing a forum for the community to address the parties of the victimization at the time of sentencing. It also allows the court to hear directly from the people most affected by the pain of the sexual abuse. As a result, this one family’s journey through hell from the crimes of the past turns slowly to trust and forgiveness.

Any viewer seeing this video for the first time may find it disturbing and complex. The sentencing and healing circle concept has been an integral part of Indian culture for many centuries. The scenario takes place in Canada. Some viewers may find this treatment of domestic violence, alcoholism and sexual offenses too mild considering the current get-tough climate of our country today. Make no mistake: the sentencing and healing circle take each offense very serious and demand total participation of the offender and victim in each case. In the film, the viewer is exposed to one family’s struggle to change and forgive as well as other people dealing with similar circumstances. In some cases, both parents are abusers-which is the case in many of the other families that come before the sentencing and healing circle. Are they sincere in their understanding of the nature of their crimes? It would appear that they are. Are they truly remorseful of their actions? Maybe. This film is not for the naïve. And should not be taken lightly. Many people will naturally be very skeptical of any society that does not have punishment as their driving force behind any criminal activity. There is a great deal of disbelief about traditional Indian law. The law as it is viewed in Canada and the United States is that it is dominated by legal positivism and its definition that law is a “rule laid down for the guidance of an intelligent being by an intelligent being having power over him.” Western law is built on the relationship of “superiors” to “inferiors” and punishment for crime(s) committed. Indian law is based on healing and forgiveness for both offender and victim. Tread carefully; read up on traditional Indian law and prepare viewers for what they are about to see and hear. While there are no explicit scenes, the content of the discussions are real and may unnerve some viewers.