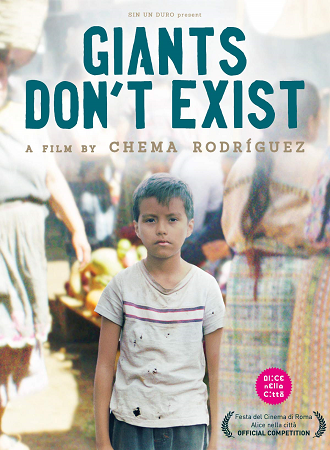 Guatemala is a country of contrasts and contradictions. Situated in the middle of the American continent, bathed by the waters of the Caribbean and the Pacific, its inhabitants live in a multiethnic, pluricultural and multilingual nation, in a State which emerged from the triumph of liberal forces in Central America. Guatemala has seen periods marked by beauty and dignity from the beginning of the ancient Mayan culture to the present day; its name has been glorified through its works of science, art, and culture; by men and women of honor and peace, both great and humble; by its Nobel Laureates for Literature and Peace. However, in Guatemala, pages have also been written of shame and infamy, disgrace and terror, pain and grief, all as a product of the armed confrontation among brothers, sisters, families and the Guatemalan government.

For more than 34 years, Guatemalans lived under the shadow of fear, death and disappearance as daily threats in the lives of ordinary citizens. Giants Don’t Exist is based on the true story of Guatemalan activist Jesus Tecu who was one of the few survivors of the Rio Negro Massacre in 1982 in which 177 women and children died by Guatemalan soldiers.

This film depicts Guatemala in the 1980s, at the height of the ruthless civil war against the country’s indigenous communities. Andrés, the young protagonist, portraying Jesus Tecu as a young boy and survivor.

"Andrés is 9 years old. He lives with Pedro González, one of the men who massacred the women and children in his village. Andrés has survived, but he’s scared. Pedro’s wife, María, is also scared, scared to go out, scared to lose Andrés, whom she considers as “her new son”. Even Pedro is scared, scared of himself and what the Army bounds him to do. Andrés would like to run away but he also wants to stay in his new family. The unexpected arrival of his biological sister changes everything."-Film Synopsis

This film is hard to watch as the viewer can feel the fear Andrés and his ‘adopted parents” face each day. The mother knows about her husband’s killings. Andreas sister has documentation that not only proves her blood relationship with Andrés but also can have Pedro and other soldiers charged as war criminals. Graphic scenes are evident so be mindful of your audience. This docu-drama ends with Jesus finally getting justice for the brutality inflicted on his family and people by Guatemalan forces during the turbulent 1980s.