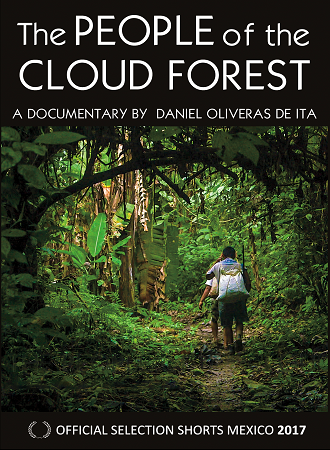 The People of the Cloud Forest 2018

This is a short picturesque film looks at the “indigenous Chinantec People from the state of Oaxaca in Mexico.” Cloud forests, also called fog forests, are generally tropical or subtropical evergreen montane moist forests characterized by a high incidence of low-level cloud cover, usually at the canopy level. Cloud forests often exhibit an abundance of mosses covering the ground and vegetation, in which case they are also referred to as mossy forests. Mossy forests usually develop on the saddles of mountains, where moisture introduced by settling clouds is more effectively retained.

Chinantec people work closely with their naturalistic surroundings throughout this film. They are in tune with both nature and the animals. Many are farmers who grow crops for self-consumption. The only profit made comes from selling coffee beans. The land, because of its richness and countless streams of water is extremely productive. As a result, unlike the farming cycles of many farmlands in the United States, the Chinantec people can farm throughout the year.

Passed down from generation to generation, ‘conservation’ is something that comes natural to the Chinantec people who respect the land they live in which makes for an excellent example on how to preserve forests world-wide. This short film is an excellent example of not only illustrating the natural beauty of the cloud forest but how the Chinantec people work closely with the cloud forest to live in harmony with it.