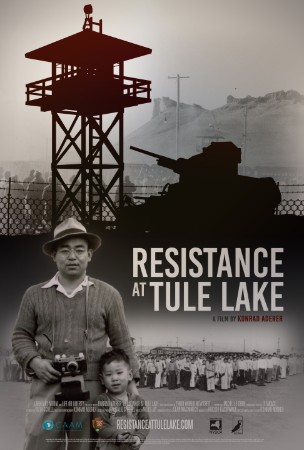 Our journey into the history of Tule Lake opens quite literally with a pilgrimage - one of the biennial trips to the Northern California site, conducted by the Tule Lake Committee. Visitors of all ages are in attendance. One on the tour was born in the camp, some are descendants of those held there, and others are there to viscerally learn about the former segregation center. Once the documentary’s audience is introduced to the barren landscape, which has changed very little in over seven decades, the historical timeline begins.

The story of Japanese American internment camps begins on December 7, 1941. Immediately following the attack on Pearl Harbor, the FBI began arresting first generation (Issei) and second generation (Nisei) male citizens. While Japanese Americans had been subject to discrimination through local and federal laws for many years, they were now being accused of spying and sabotage. In just a few months President Franklin D. Roosevelt signed Executive Order #9066, the War Relocation Authority (WRA) was formed, and the term “non-alien” was created as a loophole to legalize the involuntary imprisonment of United States citizens. Ten “relocation” camps were built and would eventually incarcerate approximately 120,000 men, women and children of Japanese descent. Tule Lake became the epicenter of the camps in the summer of 1943, where the WRA and War Department decided to concentrate approximately 12,000 of the most “disloyal” prisoners from all the other sites.

The reluctance of many survivors to discuss their experiences - even within families- led over time to many myths about Japanese Americans being unquestioning and compliant. Resistance at Tule Lake illuminates the truth through oral histories, newsreels, photographs, newspapers, maps, home movies, documentation, drawings and even poetry. Interviewees relate first-person accounts of what it was like to be evacuated from home, the Loyalty Questionnaire, life within the camp, efforts to negotiate with camp leadership, martial law, torture orders, unconstitutional deportation, and many other topics. Offering additional context are historians and experts in the fields of American Ethnic Studies and Civil Rights. The timeline concludes with restitution and the Civil Liberties Act of 1988.

Resistance at Tule Lake delves into a vital yet underrepresented chapter in United States history with an engaging narrative for a wide audience. A 55-minute PBS version of the documentary is also available, as well as an 80-page Curriculum Guide. In tandem the film and guide are an astonishing resource, that will encourage discussion about the consequences of racism and fear bubbling beneath the surface of American society.