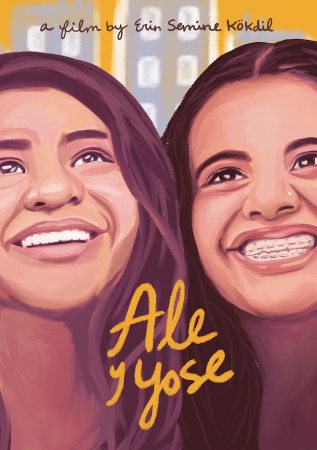 This documentary titled Ale y Yose introduces the viewer to Alejandra Matias aka “Ale” and Yoselina Bazan aka “Yose” two young Latina immigrants, who are both friends and DREAMers from Oakland, California.

These two girls self-document their personal experiences as immigrants with their family and their aspirations and anxieties over a period of six months, reimagining what it means to be a teenage girl in the United States. This documentary aired on PBS in August 2020, as the 8th episode of a series titled “Truly CA”, a showcase of independent documentaries about life in the Golden State.

This film is a somber and real portrayal of what immigrant children go through when they enter and live in the United States. Their lives, their families, and their pain, is brutally illustrated in this short but powerful film. Their aspirations in achieving a better life as they walk the tight rope of American politics, American society, and cultural differences is fascinating to watch. Their ability to succeed, given the obstacles these two young Latina girls, leave the viewer with food for serious thought. There is some profanity in this film so preview before showing to a group.