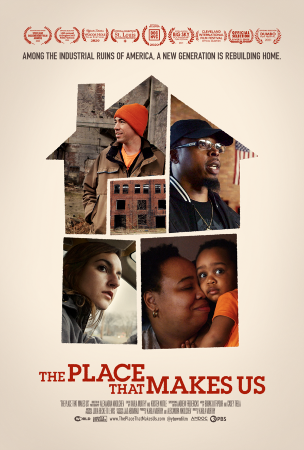 Aired on PBS March 30, 2021, as part of the “America Reframed Series, Episode Nine, The Place That Makes Us chronicles the demise of Youngstown, Ohio where three of the large industrial companies went belly-up during the 1970s. That demise had a ripple effect on many of the communities, towns, cities, and States where these large mill and steel producing companies once resided. They provided solid incomes for many of the people who worked there.

This documentary is about Youngstown, Ohio, that was a thriving steel and mining town, until these companies went bust. It is now the embodiment of post-industrial decline. Plunging population, derelict housing, and crime plague the city, but a young and determined group of conscientious entrepreneurs and community activists refuse to accept defeat, nor will they abandon their beloved hometown. Together they rise-up to restore homes, generate business, and ignite their community. Talk about stuck to a place; most people would have migrated to ‘better pastures’ as the saying goes. But not the activists seen in this documentary.

“Cities devastated by industrial closures should never be written off for dead.” This film takes a hard-core look at a group of people trying to revive Youngstown, Ohio, where the shuttering of steel mills led to an exodus of residents, a rash of vacant homes and an ebb of civic engagement.

While this documentary illustrates what The Youngstown Development Corporation along with local community and city council members are trying to do to revive their community, it also shows what ‘civic engagement’ really means: working to make a difference in the civic life of "our" collective communities and developing the combination of knowledge, skills, values, and motivation to make that difference. It means promoting the quality of life, through both political and non-political processes.

This documentary shows the slow, painstaking process of getting Any Town, USA back on its feet. It is no easy task. “Resilience comes from the Latin word ‘resalire’, which means springing back. Youngstown today, is the 105th-largest metropolitan area in the United States, and the 7th-largest in Ohio.