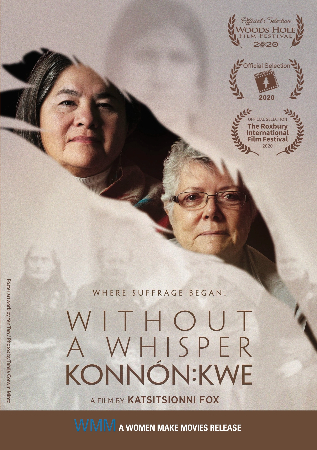 Without a Whisper is a short documentary that explores the untold history of indigenous women's role in the beginning of the women’s rights movement. It explains how before the Seneca Falls Convention in 1848, European colonial women were aware of the Haudenosaunee women and the political and spiritual authority they had in their communities. It argues that this inspired the women’s rights movement.

This film is a great introduction to the beginning of the women’s rights movement and provides wonderful insight into the matriarchal structure of the Haudenosaunee people. It does well with incorporating animated features in with live footage in a way that complements the story. The only issue I had with this documentary was that it was too short. I finished it eager to learn more about the influences of the Haudenosaunee women on the women’s rights movement.

Without a Whisper is highly recommended for anyone in high school up to general adults. It would be a great feature in any women’s studies, indigenous studies, or history class.