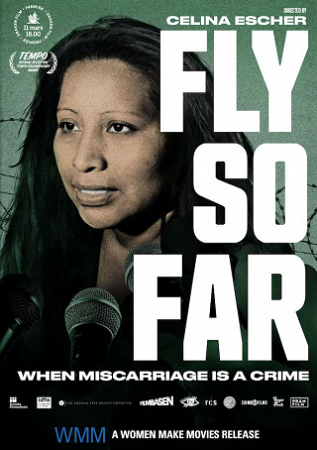 El Salvador is among four countries in Latin America today that ban abortion in all cases, even when the life of the mother is at risk. Teodara Del Carmen Vasquez, a 34-year-old El Salvadorian was sentenced to 30 years in prison after a still birth classified as homicide by the judicial system of El Salvador.

The facts behind this incident indicate that while she was in labor and waiting for the police to arrive to help her, she fainted. This is an extreme documentary of how far state governments control their people, especially their women. This documentary follows Teodara in Ilopango prison where she realizes that there are other women in the prison for the same ‘alleged’ crime. It should be noted that El Salvador is one of several countries in Latin America where any form of abortion is illegal and punishable with up to between 30 to 50 years imprisonment. The other Latin American countries include, Nicaragua, Honduras, and the Dominican Republic. In all cases the charge of homicide is brought against the woman, even if she is raped or has a miscarriage.

The documentary follows Teodara through the Salvadoran court system on behalf of herself and 17 other women currently in Salvadoran prisons, based on faulty and at times questionable facts presented to the court system. Government, pro-life and religious factors are integral in determining the rights of women in El Salvador when they become pregnant. These rights are nil and void despite any and all extenuating circumstances. A must-see film, especially at the end when true justice prevails, even though partial.