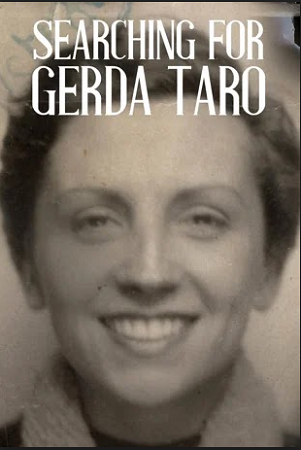 The film does not present a linear biographical story of Taro. However, within the first ten minutes of the film, we learn about Taro’s famous partner, and that her coverage of the Spanish Civil War was not non-partisan; she was supported the Republican side, and the photographs she took were framed to illicit support for the Republican cause. The underlying premise of the film is to uncover Taro, and biographical information is presented through the lens of attempting to understand her professional choices and her engagement in the Spanish Civil War.

Facts are provided by the narrator; experts, such as Irme Schaber, Taro’s biographer, and Cynthia Young, the Curator at the International Center of Photography, provide the textual insight and commentary on Taro’s life and work. Visually, Ménager mixes primary source materials photographs and film footage with recent footage of locations and people. The film’s narration is in English, but the experts speak their own native languages, and Ménager provides an English translation via subtitles.

Ménager does a capable job of contextualizing Gerda Taro’s story within the larger context of world events of her time, obviously the Spanish Civil War, but also the rise of Nazism. Ménager weaves in the story of Robert Capa so that we understand his influence and importance within Taro’s story but does not overshadow the main narrative.

The film does not provide explanation or context of the Spanish Civil War. Viewers unfamiliar with the background of the war and its belligerents may find the political references confusing. However, this film is recommended for college level viewers and courses in Spanish history, photography, and journalism. Instructors utilizing this film may wish to provide a summary of the Spanish Civil War ahead of viewing.