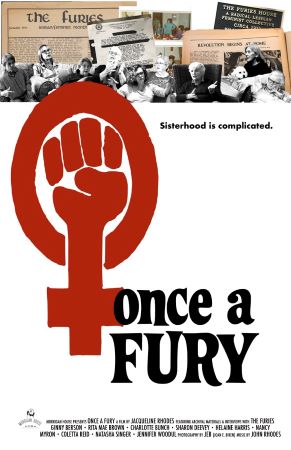 This documentary explores the history, politics, and inter-personal relationships of the lesbian feminist collective group the Furies, active during the early 1970s. Through interviews with ten of the twelve original collective members (including award-winning feminist author Rita Mae Brown), as well as archival material and writing, this film traces the history of the collective from formation to its conclusion shortly afterwards.

Topics such as the political background of the collective and its members, as well as the major political ideas of the collective – such a lesbian separatism, political lesbianism, and its context within the women’s liberation movement more widely are all covered in detail. The film provides a helpful understanding of the impact of the The Furies publication, both during the time the collective existed and after the dissolution of the collective. However, the greater target of the film is the membership themselves - their passions, conflicts, and relationships with each other. The film is a unique insight into the dynamics of the group and intensity of living in the Furies collective as an experience for its members.

The focus on the member interviews without a strong supporting structure to pull out the themes and events being discussed creates challenges in holding viewer attention. The strengths of this film are firmly in the in-depth, specialized research the filmmaker has undertaken, rather than the narrative or technical aspects of the film.

Because of the detailed nature of Once a Fury, it would be most appropriate for viewers interested in a specific study of The Furies as a feminist collective, rather than a more general exploration of lesbian feminism.