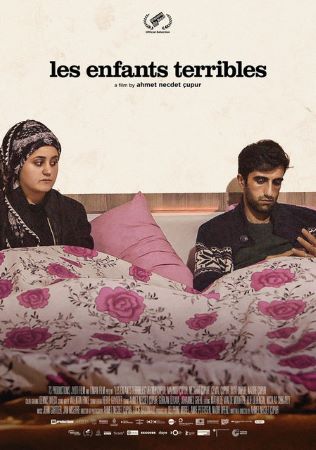 Ahmet Çupur, after a long absence, returns to his rural hometown in eastern Turkey and documents his family's upheaval. His sister is desperate to leave the village and go to school nearby but cannot get her father's permission. His brother wants to end his early, mostly arranged marriage, but can't do so without ruining his wife's life and making both families unhappy.

The drama is so intense that at first, I wondered if it was partly staged or re-created. Who would carry on like this in front of the camera? As I realized the threats and hostility were not at all staged, this in itself provided some insight into the mind of the autocratic, insular father. He doesn't care if someone films this and makes a documentary of it-- it's nothing to him.

Three interactions stand out as fascinating exposés of rural Muslim culture. Zeynep presses her mom about reading, God's attitude toward girls, and the mirthless quality of life at home. It's a brutal conversation, and one feels sorry for both parties, but at least it can occur with her mom; it would never take place with her father.

The other two are attempts to resolve the fate of Mahmut's wife, Nezahat. Married at 14, she's now part of the household, and would still like to make it work. But Mahmut is utterly uninterested and has been working abroad the past year. Nezahat would have little future if divorced at 17, but her own family doesn't want her back and her new one doesn't want to keep her if their son abandons her. To resolve this, Mahmut's favorite aunt tries to cajole him into giving her a child and supporting her at home while he lives abroad and even marries someone else if he wishes. Mahmut listens but refuses. Later the imam comes and tells him he must stay with her, because she has done nothing wrong, and this is what everybody wants. Mahmut is impervious to the pressure, and Nezahat is eventually returned to her family, along with some money.

So the children threaten suicide, and the parents threaten murder, and innocent girls like Nezahat have nowhere to turn. It's a painful picture of a family and a culture that needs transformed.

Much as "Christ stopped at Eboli," and never penetrated to the peasant mores of southern Italy, so it seems Ataturk stopped at Antakya.