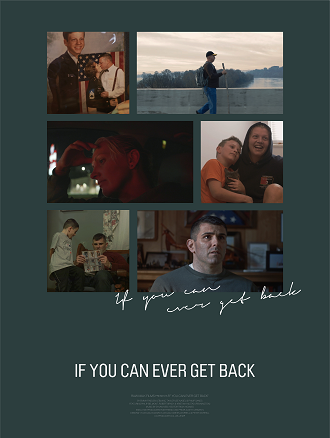 If You Can Ever Get Back is a film about combat medic vets and the difficulties they have found adjusting to civilian life after serving in the military. While the struggles of veterans returning has been depicted in films and media, the focus of this film is on the unique challenges members of medical units of the military face. The film addresses both physical and mental health topics with a focus on the participants' struggles with PTSD after their service has ended. Each subject interviewed talks openly about both their service and provides insight on their civilian lives in the years after they left the military.

While this film tries to walk a thin line between illuminating the battles that the subjects have gone through with both their mental and physical health without exploiting their trauma is not always successful. The film offers a snapshot into the lives of the subjects and may provide interesting viewing for those studying psychology, behavioral therapy or anyone interested in the military or medical careers but does not differentiate itself enough from other films on former military personnel returning to civilian life.