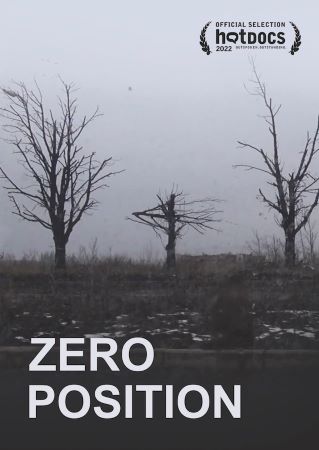 Zero Position is a video project designed to bring the viewer into the realities of the war between the pro-Russian separatists and Ukraine as it stood in 2016. Filmed with almost no commentary and very little music beyond intentionally eerie sounds to invoke unease, the documentarians let the scenery speak for itself. This approach is effective in that it communicates the wastefulness of war, but at the same time the lack of context makes certain sections feel extraneous; long shots out the window at leafless trees in the winter certainly create an atmosphere, but they detract from the more arresting pictures of blasted townscapes and broken bridges that are the cost of human action in this conflict.

Where the film really finds a voice is when the documentarians interviewed soldiers, coal miners, social workers, and ordinary citizens during their day-to-day work and lives. Talking with people on both sides of the front lines, the film very effectively shows the toll the war takes on their minds, and the frustration and doomed hope that it will soon end. These interviews drive home the impact of the devastated infrastructure in other parts of the film and show how the war can be simultaneously routine and traumatizing as the people adapt to their situation.

Zero Position is an effective window into a slice of time and place, but the deliberate lack of context makes it more a project in empathy than a film with an agenda and story to tell. It is very effective in that regard, as it draws the viewer into the environment and impels them to imagine such a conflict coming into their own homes and lives.

For educational purposes, this would make an excellent primary source for any programs dealing with the conflict in Ukraine, language classes, or psychology classes focusing on conflict and trauma. For classroom use, individual interviews or snippets could prove useful.